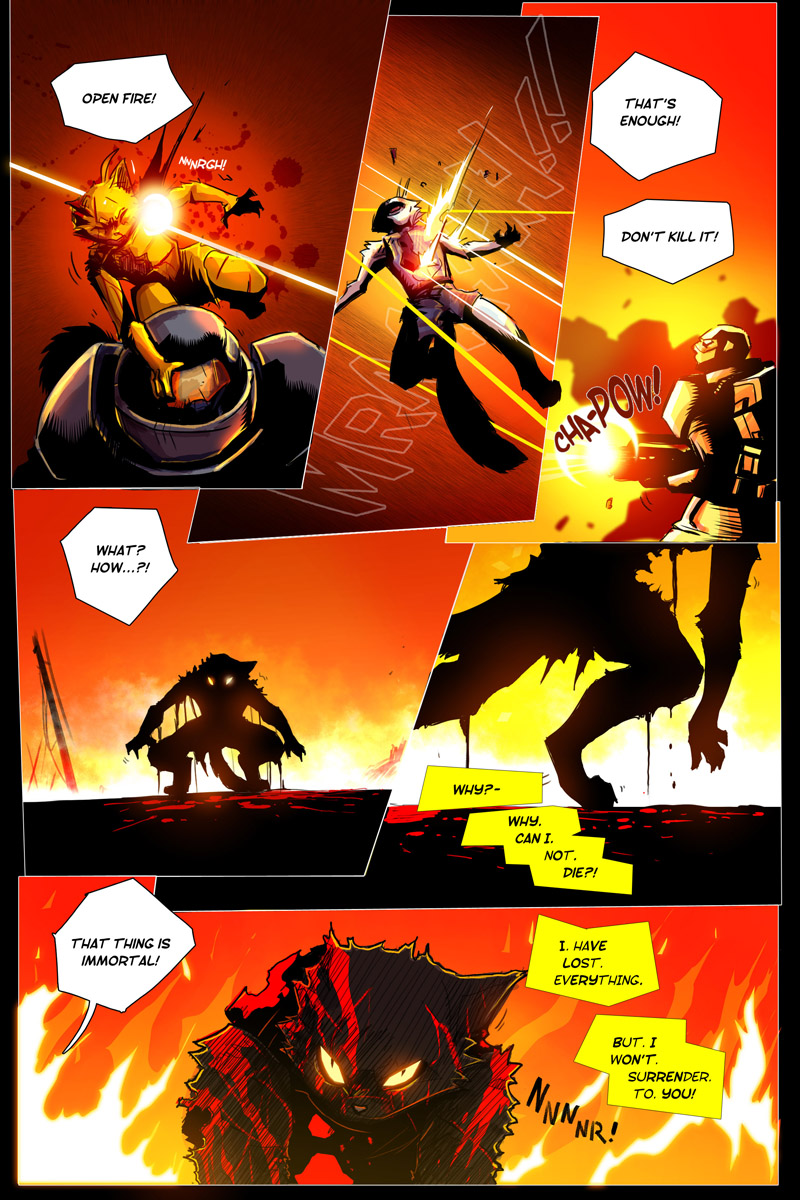 I just love drawing Adres resisting impossible amounts of damage,  then after a while I regret it as I feel he’s too overpowered… but hey, he was supposed to be like this anyway

Poor Adres, he can’t be killed as easily and they doesn’t really want to kill him just wound him until he pass out.