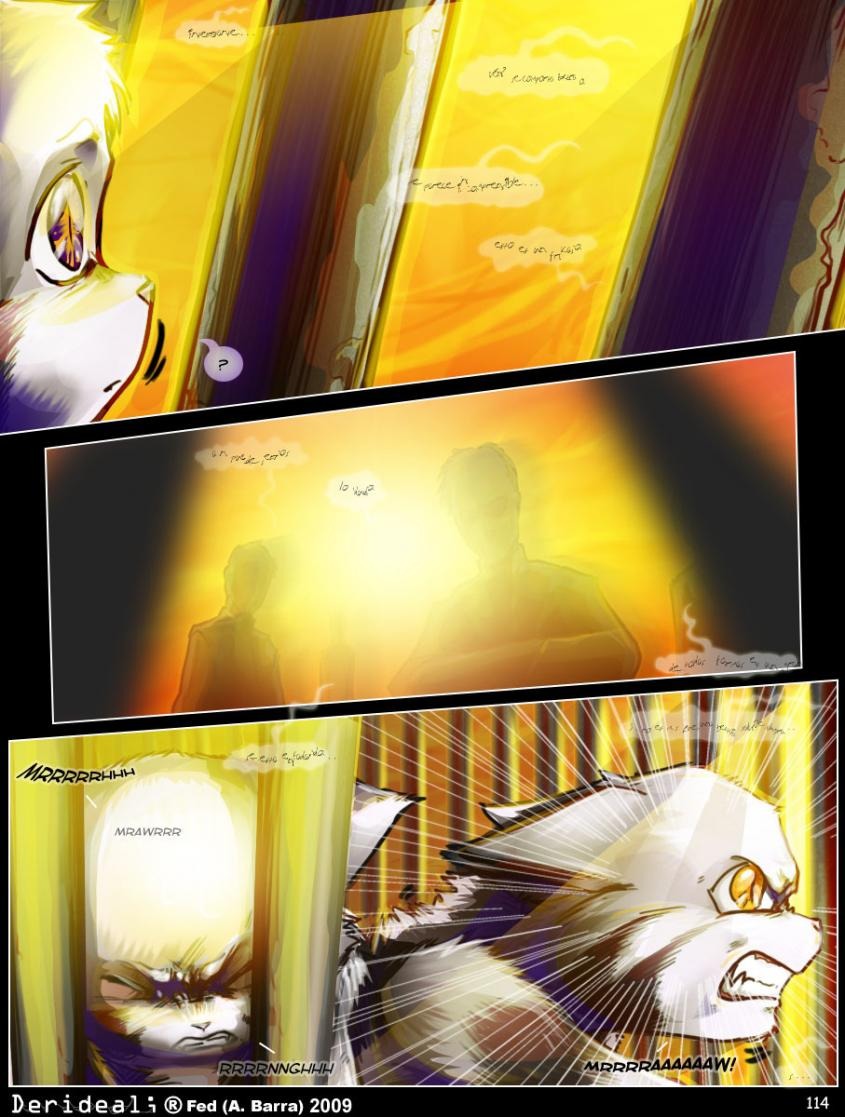 Well, this was my attempt to represent how the scientist and their language was interpreted by Adres’s primitive mind.

It was impossible for him to know who they were or what they were talking about, Adres just understood they just mean torture and pain, that’s why he’s angry.