Hey everyone, it's been a while since I wrote one of these blogs, this time I decided to go for some notes about reptiles or Dirimas as they are called in my Derideal webcomic. These characters are very similar to the little mice (Exigus) of my webcomic in terms of size, legs and arm structure, but they also have other details that make a big difference, I'll put the links around the article so you can compare. Let's begin! 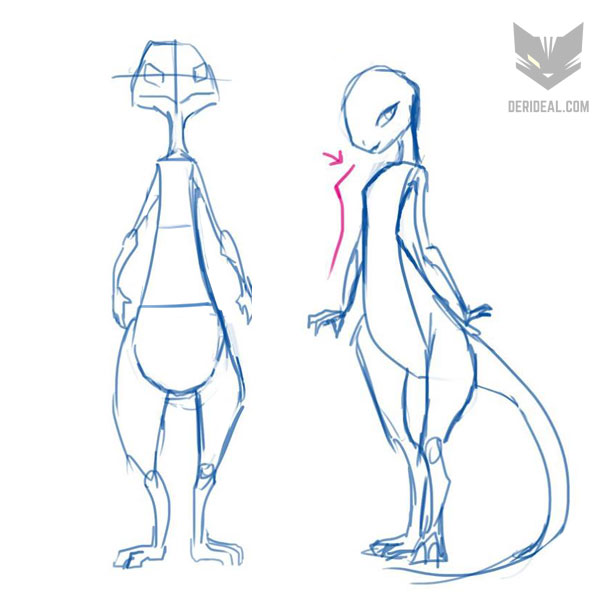 The Dirima are little reptiles with a very thin body and something very important about them is that they barely have any sexual differences between genders, it's possible to add some differences by modifying some features to make a character look more feminine, I'll also cover that in this article. 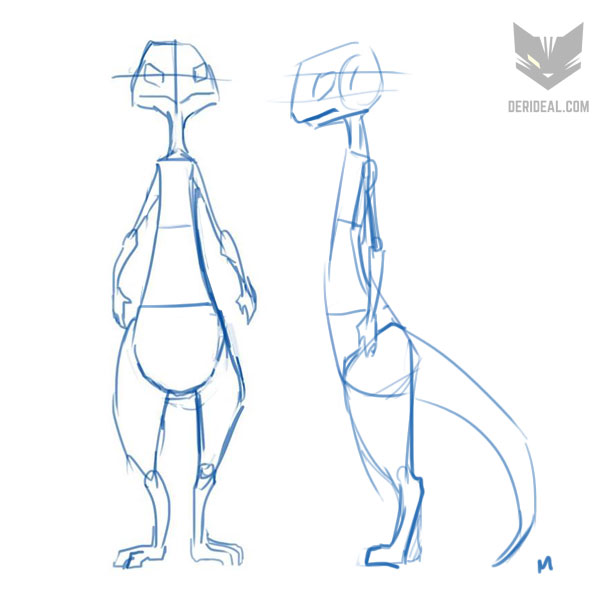 A front and lateral view of one of these lizards, in general the combination of neck-torso+cola gives the character most of its shape. 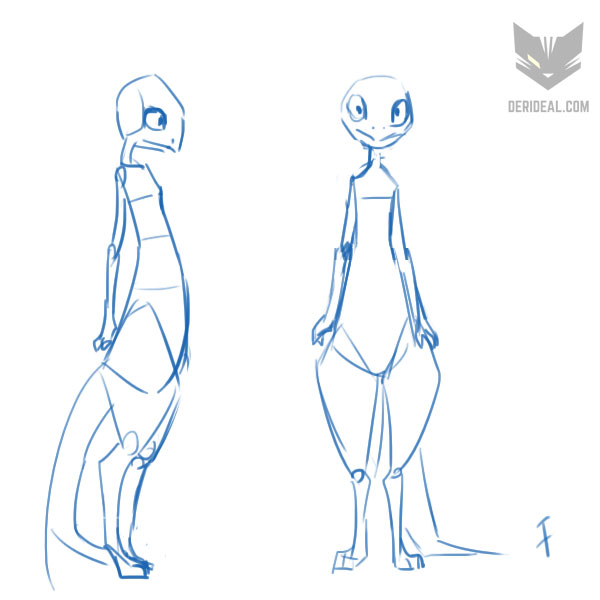 Same drawing from before, but feminine version, notice how they're both very similar, Dirima lack developed mammary glands, but you can make females more curvy or give them wider hips to achieve a more feminine look. 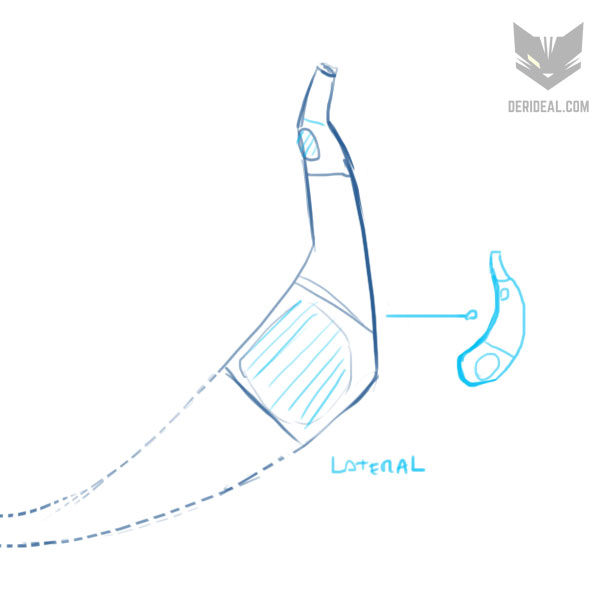 This is the torso structure, this is most important part for drawing these types of characters, since using this shape you can position the arms, legs and other parts (including the head)

Notice the parts where I left some spots where the legs and arms will join the body. 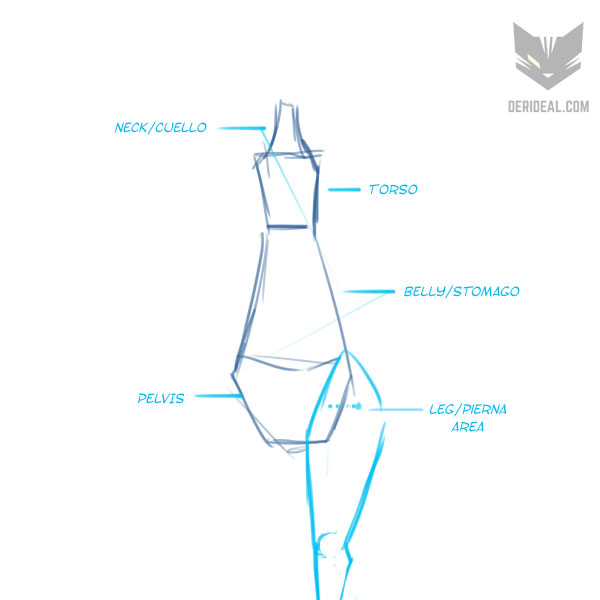 This is the front view of the previous body structure, I've divided the body so you can understand where the structure is mobile or get articulated. 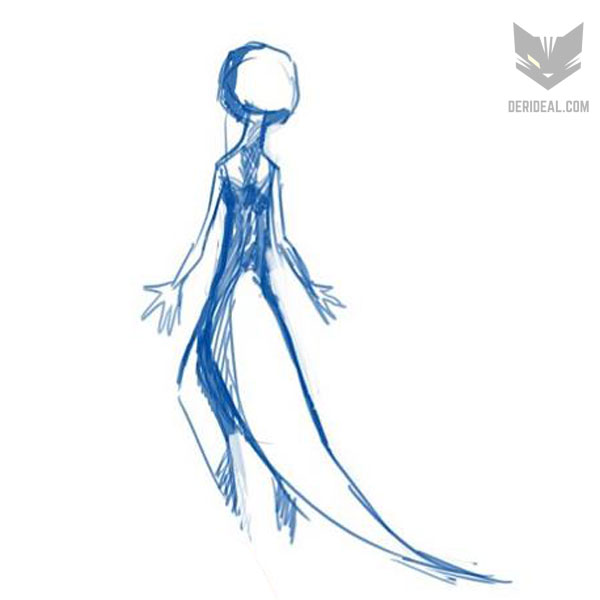 Back view, so you can understand how do these character's look from the back, notice their tails, how it's very wide in the base and is mostly part of the pelvis 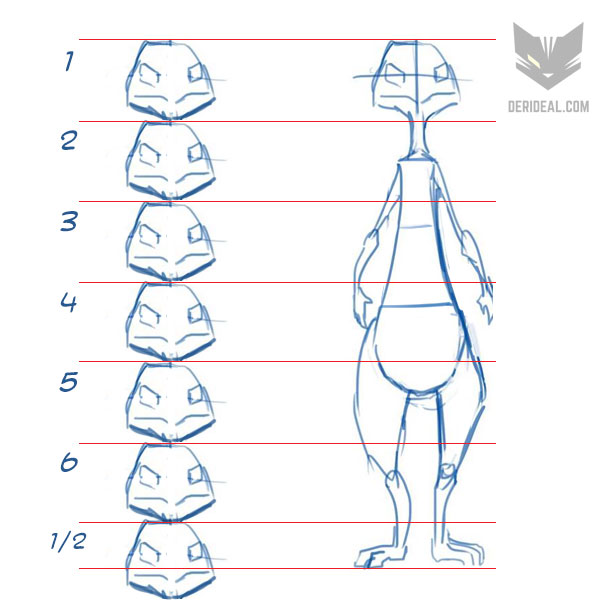 6 heads and a half as approximate measure, these creatures are a bit more tall than my Exigus/Mice, check out the mice structure so you can compare. 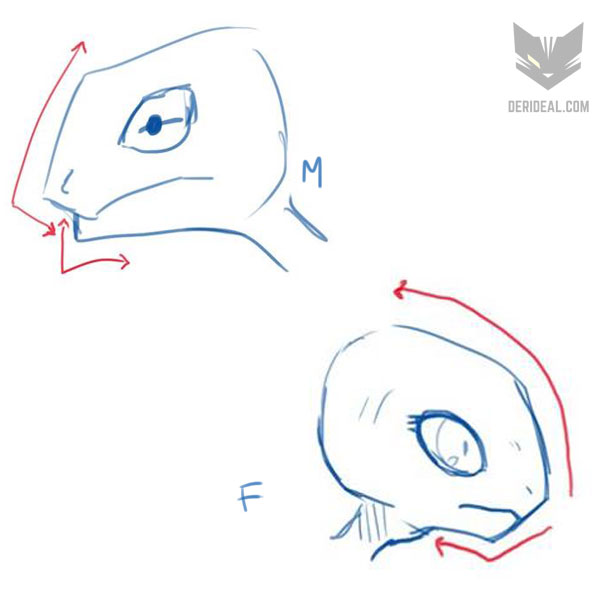 The Dirima have very rounded heeads and the shape of their muzzle/mouth can vary a lot, notice how I've tried to differentiate the sex of the character by modifying key parts of the head structure: Bigger and rounded eyes, more rounded head for the female and a more short muzzle.

you can draw different types of eyes into these characters, but the most important part it's to remember that they usually have a different type of pupil. 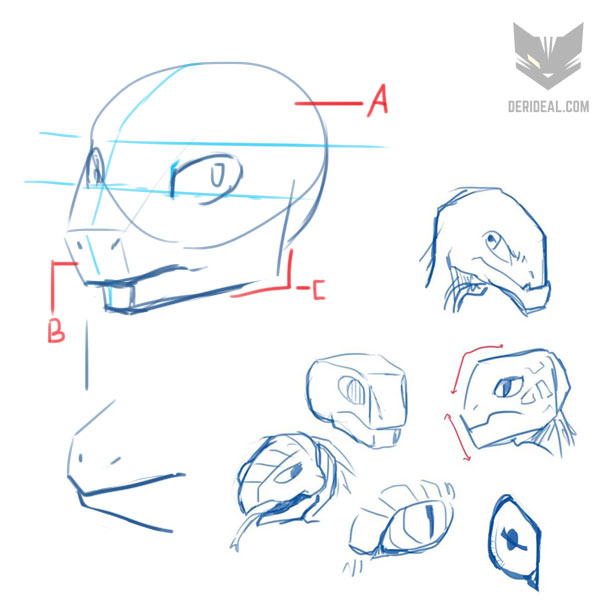 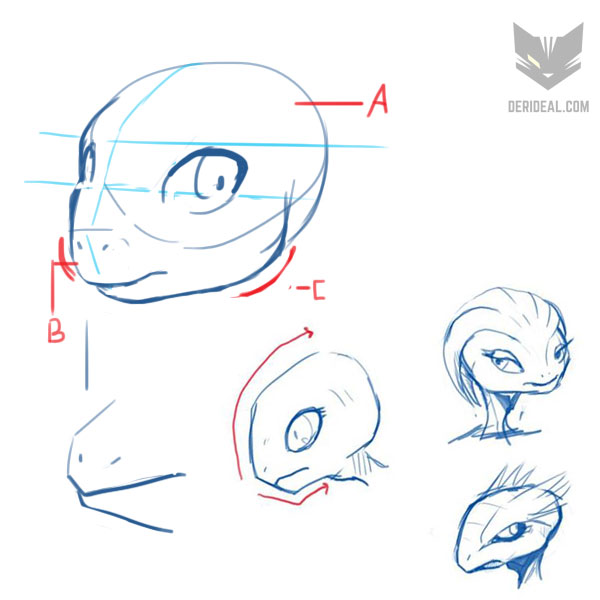 This is an example of a head with more feminine features, so you can compare with the previous image and understand how modifying certain features allow the creation of more different faces. 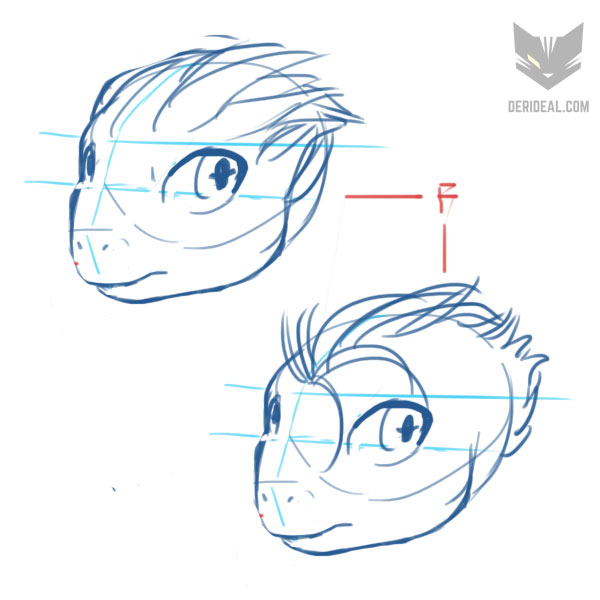 Reptile characters DOESN'T HAVE HAIR, but I think it's important to add a similar looking detail to these characters, specially for female versions, you can draw longer scales in their heads, so you can make it look like a hairstyle, it's very useful to give the characters more personality.

You will find more useful build structures for drawing these characters extremities by looking at the Mice character notes/Tutorial, as those character arms and legs are very similar to these ones. 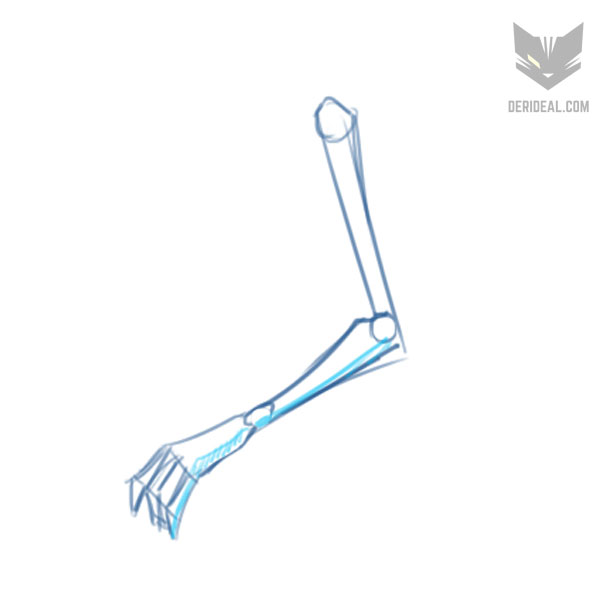 The Dirima's arms are very thin and delicate, as you could notice in the previous drawing examples, their shoulders are small, and their fingers are longer compared to the mice characters. 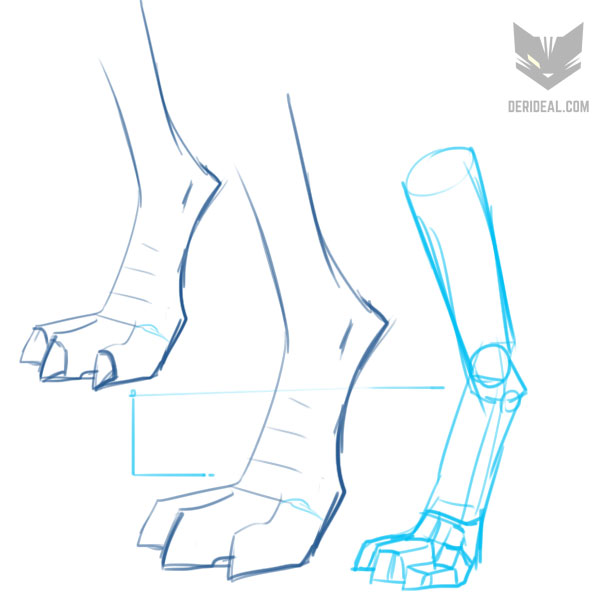 The leg view, notice how they're thin and how the thigh covers a big portion of the pelvis.

A feet close-up, I rarely draw the feet claws... but it's possible to add them if you want! The geometric construction structure can be complemented by looking at the mice tutorial already mentioned before (give it a look!)

Thank you for reading this guide, if you have any doubt or you like this thing, please leave me a commentary!

I have decided to show something about my Exigus this time, this species includes rodents like mouse and other small ani...