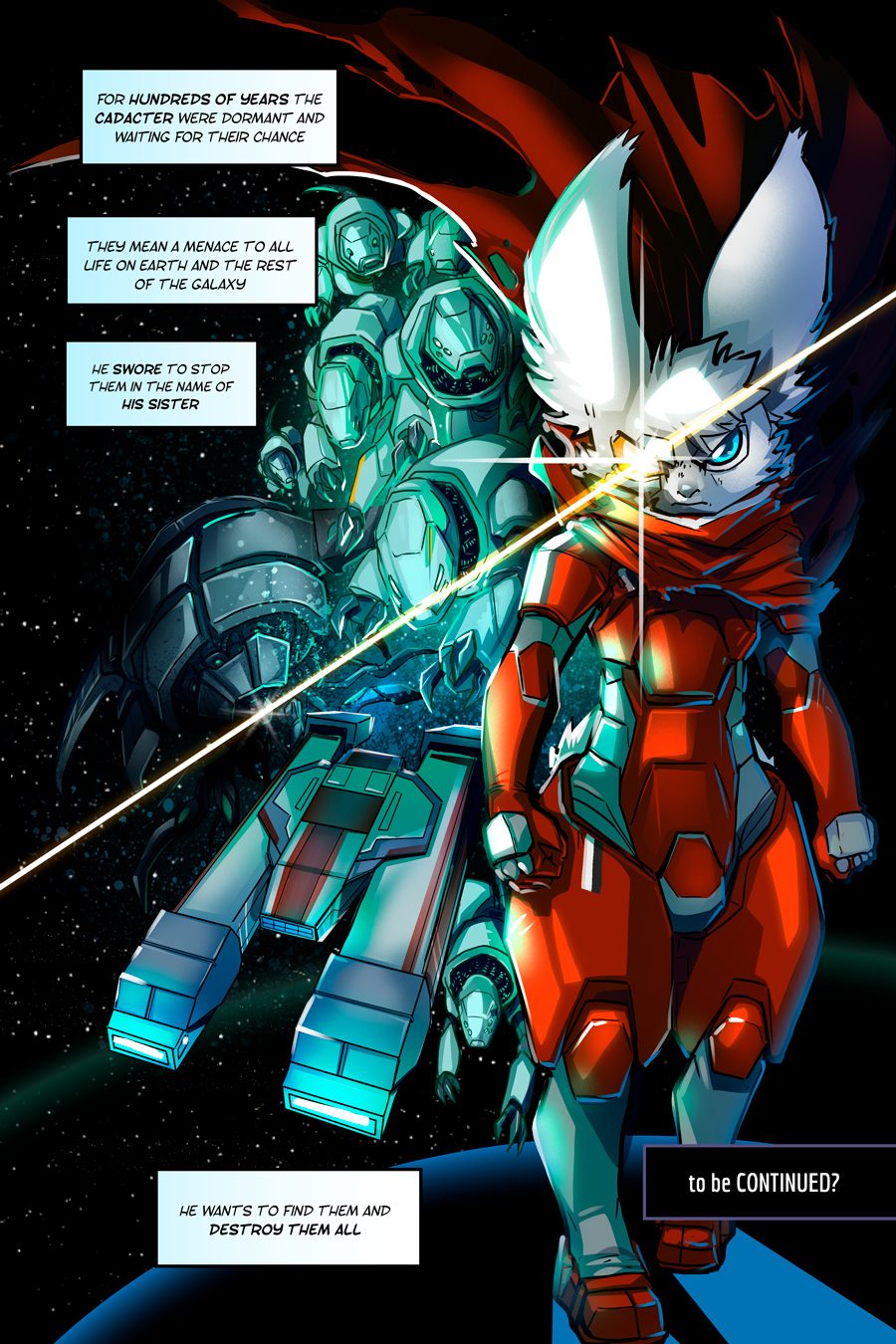 Hi guys, this is the last page of this prelude comic.

I want to thank everyone who’s been reading it until the end, and specially you all that support my work.

Despite its flaws the comic itself took us longer than 2 years in the making.
The idea of this comic was to stablish Bandi as a character for the real story I had in mind
Talk a little more about the cadacters.
Well, I think it’s a good start for the next story if I ever get to make it, the idea then would be to focus more in Bandi and his own team.

also, I will try to make some more bonus pages to improve the story just a little.

comic ended up being 90 pages long, and lineart was almost entirely done by Cynide/Gaff which I’m very thankful for his help, without that extra push this thing wouldn’t exist.

can you guess which pages where the ones I drew the lines myself?? they’re like 3.

REMEMBER THERE’LL BE EXTRA DERIDEAL UPDATES AND BONUS CONTENT IN PATREON!
a

It was very impressive…